The Ormond Cricket Club would like to extend an invitation to any under 15 cricket players to attend our series of selection trials for the J. G. Craig Competition (formerly the R.M. Hatch Competition).

Each year the Victorian Sub-District Cricket Association (VSDCA) runs the J.G. Craig Competition for Under 15 cricket players. It is recognised as the premier Under 15 cricket competition in Victoria and is conducted in January each year. Games are played on the professionally prepared turf wickets of the 28 Sub-District Cricket Clubs around Melbourne and to be eligible to play in the 2020 competition, players must be under 15 years of age as at the 1st September, 2020.

We have historically fielded a team that is a combination of the best current Ormond junior under 15 players together with juniors from other metropolitan clubs in the south eastern suburbs of Melbourne plus country Victoria.

The Ormond J. G. Craig Representative Team is coached by experienced senior player, Michael Cove and selection trials are conducted at the Bailey Park nets (in Gardeners Rd, East Bentleigh at the back of GESAC on East Boundary Rd) (Melway Ref 68 K12).

The objective of these selection trials is to:

The final squad will be finalised and announced in the last trial session and they will then participate in a final pre-Christmas training session on Thursday December 19. Training will resume in early January with the date to be confirmed. Please note that players who are selected must ensure they are available for all matches (see right hand panel) including finals.

We welcome all eligible under 15 cricketers to attend our selection trials. They should attend and assess whether their skill levels are comparable to those of other players at the trials. The final squad will be selected on ability not age.

Matches are 40 overs per team and games start at 10am and finish at 4.20pm with a 40 minute lunch break scheduled from 12.50pm. Ormond competes in the South Group against Brighton, Caulfield, Malvern, Moorabbin, Oakleigh and Elsternwick.  After the six preliminary rounds, the two top teams in the group progress to the quarter finals where they play against the top ranked teams of the North, East and West Groups.

The club offers excellent training and match day facilities with the final squad members receiving a team playing shirt, shorts and cap. Players are to provide their own cricket gear, drink bottle and sunscreen. Transport to and from matches will be organised for the players and we are conscious of the disruption to family holidays. Our objective is to give every player in the final squad a “fair go”, however, we will not pursue this objective to the detriment of the more talented players.

All batsmen and wicket-keepers must wear helmets both in practice and in matches. In addition, fielding restrictions apply with no fieldsmen (other than those in the slips cordon) fielding within 11 yards of the batsmen. 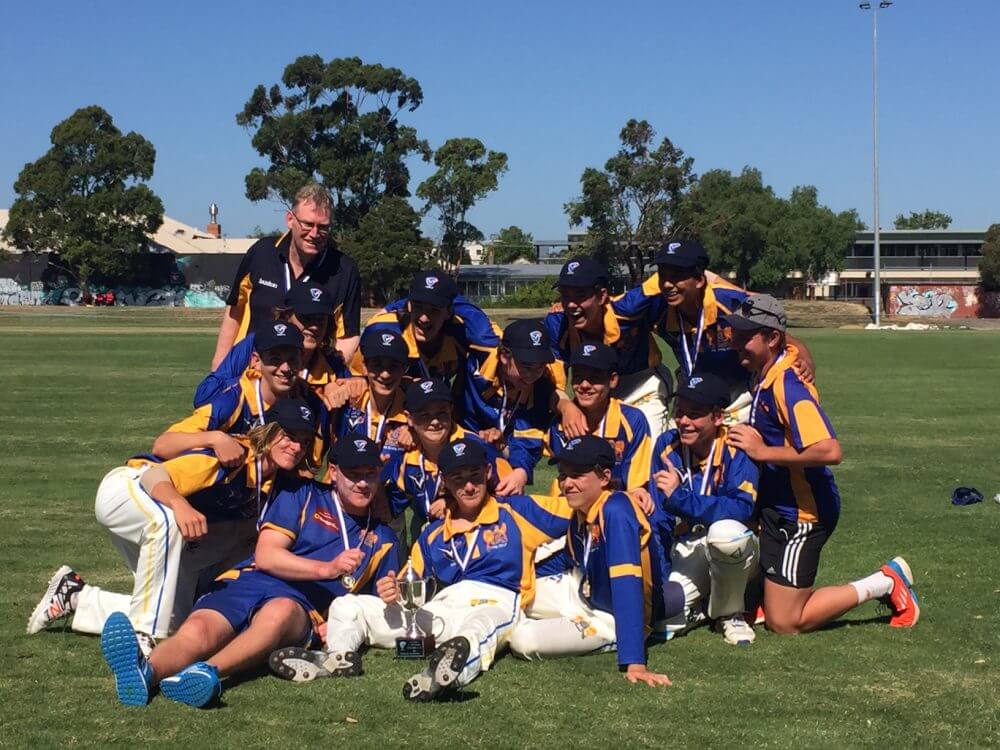