In collating the games played by the members of the Ormond Cricket Club, the primary source has been the scorebooks.

For these teams the Annual Reports have been used, however, their records are not as extensive and in some instances a formula has been applied based on innings and overs to estimate matches played.

These estimates have been conservative, and players are unlikely to have played more games than indicated.

As the records are incomplete for the above mentioned seasons, some players in those teams will have played more games, as no players were awarded games where no substantiation could be made.

In collating the individual 1st XI player number’s for all members representing the Ormond Cricket Club the following formula was used:

William Park: As the first captain of an Ormond Cricket Club 1st XI, William was given the title of Player number one.

Where multiple player’s debuted in the same game, player numbers were dictated by alphabetical order of their surnames.

The records cannot be considered complete but from the available scorebooks and/or annual reports cover the years from Season 1948/49 until the present date.

Further records documents can be downloaded below: 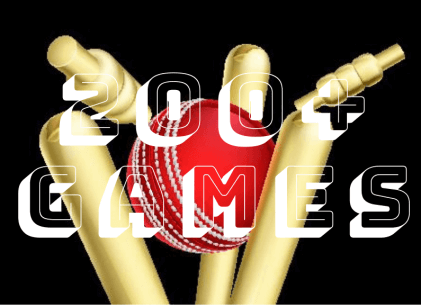 The following players have played at least 200 senior games for the club since the club joined the VSDCA in 1949. There needs to be a realisation that some scorebooks have been ‘lost’ over time. In these cases conservative judgments have been made based upon Annual Reports for those seasons.

There are some players including Colin Robinson, Ken Donald and George Scott who were playing with Ormond prior to joining Sub District cricket.